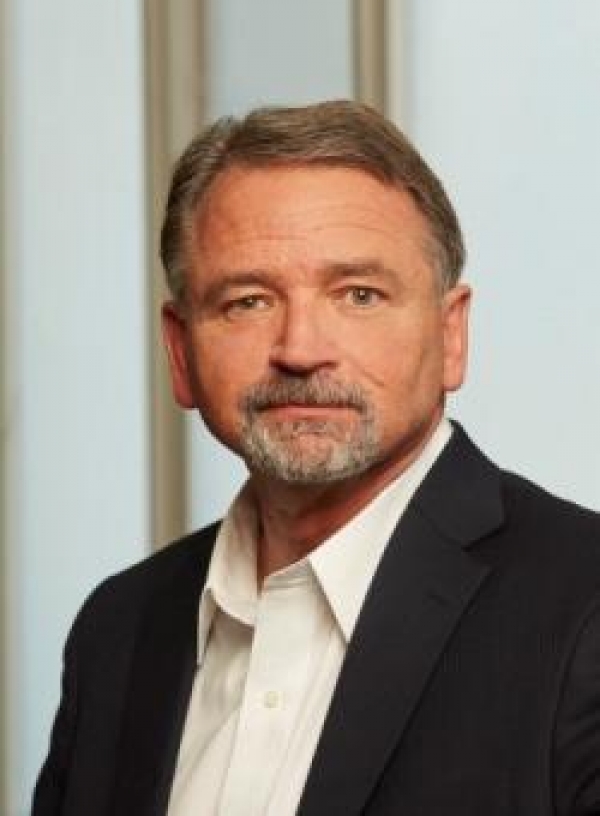 Gibson will lead NUAIR’s oversight of UAS testing being conducted in New York, Massachusetts and Michigan and a $30 million investment by New York State to build a 50-mile UTM Corridor and put the region at the forefront of UAS research and development.

Dr. Waseem Naqvi, Director Technology, Raytheon and Dr. Jeff DeCarlo, Aeronautics Administrator, Massachusetts Department of Transportation, both members of the Board of Directors for AUVSI New England, and NUAIR, attended the welcome reception for Hoot in Syracuse, NY.

“My vision is to create an unsurpassed ‘innovation friendly’ environment for UAS research, testing and operation” said Gibson. “With all of our state economic and technical support, I think we are well positioned to become the most favored site for all aspects of UAS testing and operation. We already won a tough competition to become one of our nation’s the seven test sites and we are now poised to take that capability to the next level. I can assure you, I wouldn’t have taken this position if I didn’t think we were ready.”

The selection of Gibson by the NUAIR board of directors caps a search process facilitated by McDermott & Bull, an executive search firm that specializes in leadership roles. Larry Brinker, who served as NUAIR’s interim president and CEO, during the search process remains as its executive director and general counsel.

“I look forward to working with General Gibson to lead the NUAIR team and believe he has the right combination of drive and expertise to build on the momentum we have created with the UAS sector in the region,” said Larry Brinker, “As we look to further establish the region as a national leader, his vision and previous experiences at the FAA will prove to be exceptionally valuable.”

The NUAIR Alliance manages one of seven unmanned aircraft systems test sites in the country, including in Massachusetts. The organizations are strategically aligned in their efforts to build public and private partnerships to advance leading edge UAS and UTM technologies, and create a hub for the industry that will attract investments and business development. 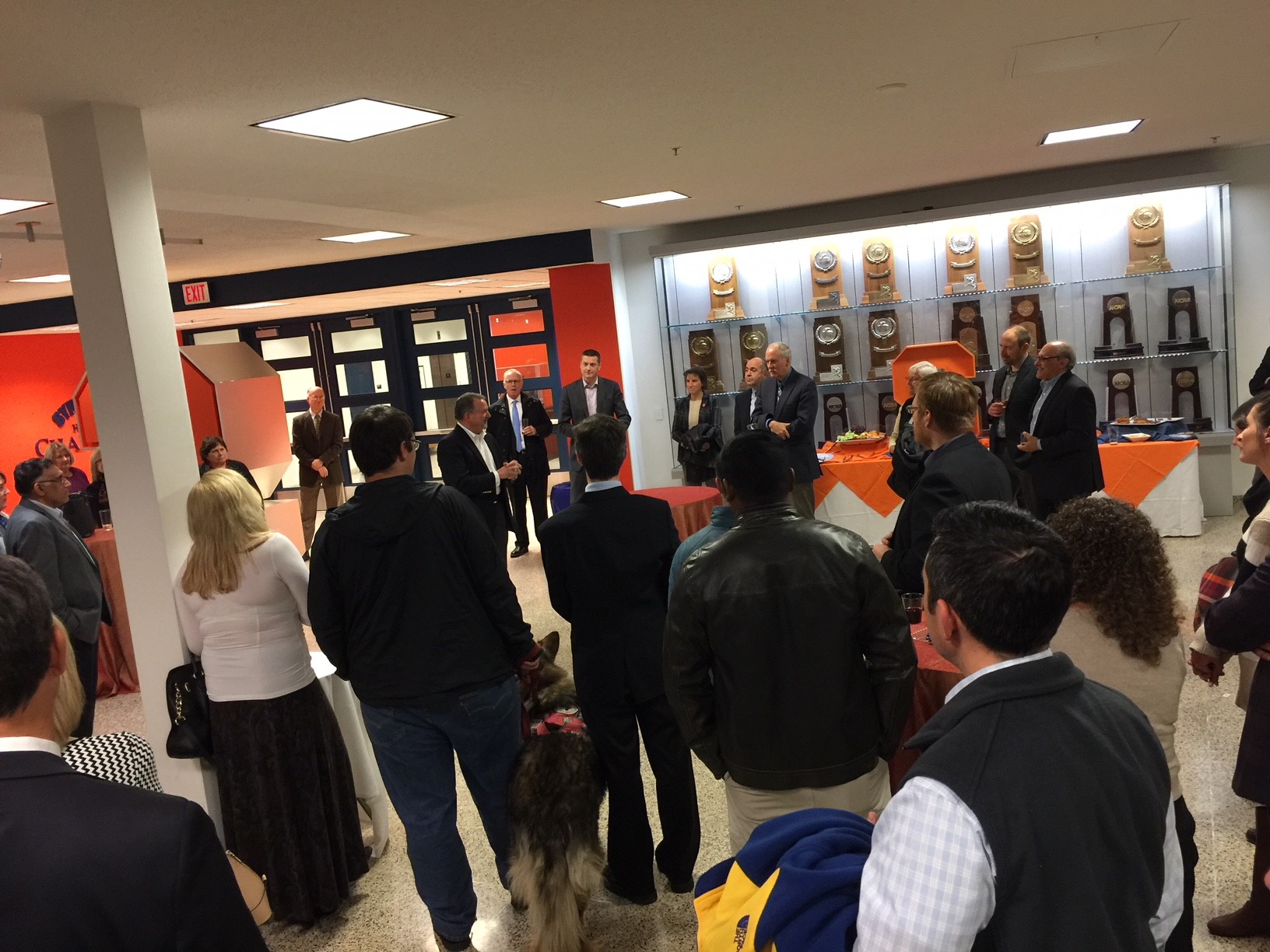 “We are extremely excited to welcome someone with Hoot’s knowledge, experience and passion to the role of CEO of the NUAIR Alliance,” said Rob Simpson, president of CenterState CEO. “His leadership will enable the collaborative advancement of NUAIR’s mission and the region will expand its engagement of businesses and experts to advance critical research and development of the sector across Central New York.”

In November of 2016, Governor Andrew M. Cuomo announced a $30 million investment to develop the 50-mile flight traffic management system between Syracuse and Griffiss International Airport in Rome to advance the burgeoning Unmanned Aircraft Systems industry in Central New York as part of the CNY Rising initiative. Within the 50-mile corridor, strategic investments will accelerate industry growth by supporting emerging uses of Unmanned Aircraft Systems in key industries, including agriculture and forest management, transportation and logistics, media and film development, utilities and infrastructure, and public safety.

"New York state’s investment is helping to cement Central New York as a global hub for the rapidly growing UAS industry and we are pleased to welcome Major General Gibson," said Howard Zemsky, president, CEO and commissioner of Empire State Development. "Our investment is strengthening the upstate economy and helping to reinvigorate the spirit of innovation and enterprise throughout the region.”

Gibson previously served as executive director of the NextGen Institute, which provides professional services to the UAS Joint Program Development Office. He has also owned his own aviation consulting firm.

Gibson retired from the U.S. Air Force in 2011 after 33 years of service and holding numerous senior command and staff positions earning him the rank of Major General. He retired as the Air Force’s director of current operations and training where he led the startup of a new cyber career field and its integration into Air Force operations. Gibson also worked on behalf of the Air Force secretary and chief of staff on ways to better integrate unmanned aerial vehicles (UAVs) into the national airspace. This involved continuous engagement with the FAA, Homeland Defense and numerous congressional delegations. As the director of training, Gibson was also responsible for the startup of a separate career field and unique training path for those who fly Air Force remote piloted aircrafts today.

Gibson and his wife have begun the relocation process to the Central New York area from Northern Virginia.

The Northeast UAS Airspace Integration Research Alliance (NUAIR Alliance) is a consortium of industry leaders and academic institutions throughout New York and Massachusetts, led by the CenterState Corporation for Economic Opportunity (CEO), in New York, and MassDevelopment, in Massachusetts. CenterState CEO is an organization of 2,000 companies that work together to increase business competitiveness, community prosperity, and regional growth in the 12-county CenterState New York region. MassDevelopment, the Commonwealth’s finance and development agency, works with businesses, nonprofits, financial institutions, and communities to stimulate economic growth throughout Massachusetts. Under the leadership of MassDevelopment and CenterState CEO, industry experts and academic institutions in both states formed NUAIR and combined assets, expertise and experience to compete for a FAA-designated UAS testing site. Organizations partnering with Griffiss International Airport and NUAIR include Saab Sensis, SRC, Raytheon and Lockheed Martin, together with colleges and universities including Rochester Institute of Technology, Massachusetts Institute of Technology, University of Massachusetts institutions, Syracuse University, Clarkson University and Northeastern University, among others.